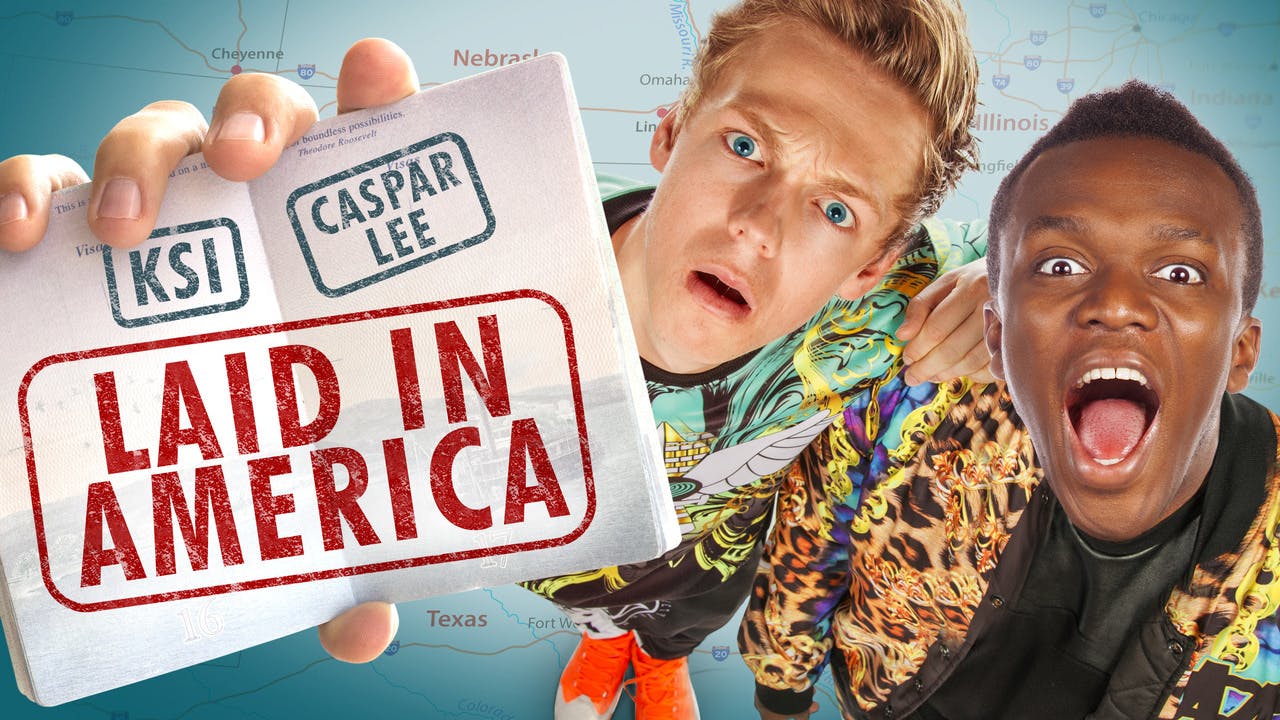 In the US and UK, available on iTunes

YouTube superstar KSI makes his feature film debut alongside Caspar Lee in this laugh-out-loud, raunchy comedy. Duncan (KSI) and Jack (Caspar Lee) are exchange students with just one night left in the United States - and one final chance to lose their virginity with the girls of their dreams. The two friends hatch an elaborate and desperate plan to get into the biggest party of the year. Their adventure leads them to encounter everything from gun-wielding gangsters to sexual deviants as the boys' friendship is pushed to its limits. The duo must work together to fulfill their fantasies in time to catch their flights back home.

With an all-star cast, including Madison Iseman, Josh Leyva, Bobby Lee, and Bart Baker, this is an outrageous and hilarious story of two boys… Becoming men.

BONUS: The Making of Laid in America (58 min)
Go behind the scenes with KSI and Caspar Lee as they take you through their fun adventures while shooting the film in Hollywood!